A classic icon is re-born. The BEST from both worlds. That describes the Eurosport ULTIMATE better than anything else. A symbiosis of two breathtaking versions of the possibly most successful jet model ever. All the defining features of the Eurosport 3D-Universe, its light weight, its extreme maneouverablility, its completeness and its well engineered flight mechanics, combined with the ruggedness and simplicity of the regular Eurosport Evolution. Latest production technologies, extreme prefabrication and other market trends added. And here comes what will blow most critics and non-believers away: An introductory paint scheme out of this world! The history making "Bronze Tiger" of the Bavarian Tigers. 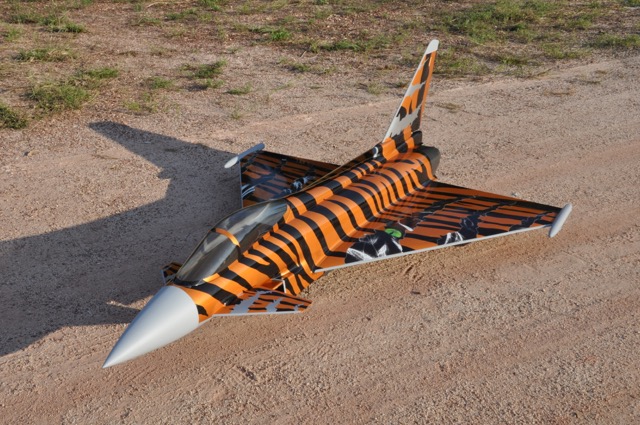 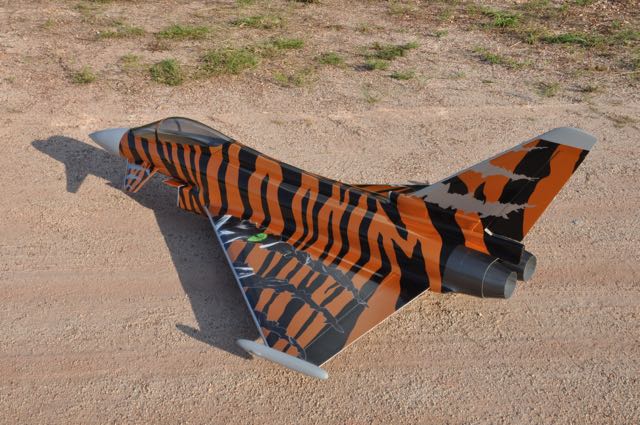 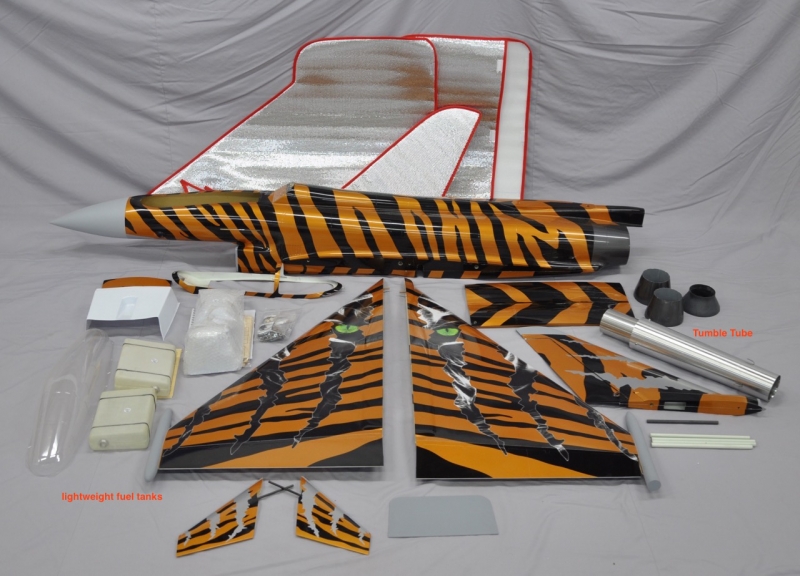 Even though the wing and fuselage skin is made from the lightest possible total area sandwich, the structural strength has been re-established by using well thought out plywood and sandwich foam formers, ribs and spars, so that the gear mounts for instance are as strong as they could be, the wing spars are strong enough to withstand even the wildest maneuvers with today's extremely powerful engines - and still the overall structure is strictly weight controlled to create one of the lightest airframes in its class.

All control surfaces are attached and hinged, control horns and servo mounts installed. The Eurosport ULTIMATE has received a fully operational rudder, which is also readily hinged. Wings, fin and canards are attached to the fuselage with carbon rods, all parts are secured with bolts readily installed.

Gear mounts are made from reinforced aircraft grade plywood to survive even the roughest fields without damage. Fuel tank mounts are installed, vector tube servo mounts as well.

We did not use gear doors nor speedbrake doors for weight reasons, but these can be retrofitted at any time. There are completion kits available, matching your color scheme, if you wish.

Since September 2017 we offer a choice. Many requested to build the plane with a regular thrust tube - of course this will reduce the cost quite a bit. So, the vector thrust tube is now an optional part, just like a regular thrust tube is avialable as well. The tumble tube, however, is a sophisticated and well proven design. It is a hand made, precision welded unit from high grade aluminum and stainless steel. The tumble tube allows deflections of almost 30 degrees, restricting the air flow as little as possible, therefore leaves almost 100% of the engine thrust available. The two servos are mounted in the rear part of the fuselage, push rods are 5mm carbon tubes. In the Eurosport UTIMATE the placement for vector servos is given and mounting plates are already glued in.

CARF-Models has gained extensive experience in building 3D Jets. Even though the CARF-Models Rookie was the first of its kind in the early 2000s, the Eurosport 3D-Universe has made 3D flying with jets a main stream flying style. It was around the same time when the "Elster Jet Team" developed their J-10. It was no question that CARF-Models would team up with these two to further enhance the model and make it the best selling 3D jet of all times.

But the Eurosport is still the at least as good, or even better 3D airframe. Period. For two reasons: Firstly, the shorter fuselage makes it more nimble for all the flips and tumbles you love to do with such a 3D jet. Secondly, for a good reason, the Eurosport has still aileron authority when hovering in a stand still. How can that work, you might ask? It's due to exhaust nozzle being much closer to the wing's trailing edge, so that the high speed air stream of the turbine working at its best, creates a ventury effect pulling lots of air over the inner wing area and over the large ailerons.

Furthermore the Eurosport is small, thus light, but can carry large engines without and lots of fuel and smoke without effecting CG issues and it is simply... beautiful.

Here it is important not to  “pimp your ride” too much. The Eurosport 3D-Universe is stripped of everything unnecessary. Don’t look for fully ducted air intakes or a carbon bypass. For a scale cockpit or heavy carbon sheeted plywood equipment trays. All this is omitted, and if you want to have that Eurosport ULTIMATE as powerful as it could be, you better don’t even try to install too many options. Since September 2017 there is also a choice for the fuel system. From the superlight fuel tanks of the 3D-Universe, over an enlarged set to suit today's bigger engines all the way to the ultra strong Kevlar tanks of the fomer ES Evolution - the basic kit, with all its prefabrication, will give you the choice.

We recommend the use of an engine in the 180 N class like #850180. At an overall take off weight of around 14 kg, 18 kg thrust will give you all you need still with an economic fuel consumption. Keeping it light is the more important goal than adding unnecessary thrust and weight.

If you want to add a little, we recommend smoke. Our polupar smoke tank #280202 fits the airframe and a pump can be installed in the very nose, eliminating any need of counter weight.

There are a lot of different retract systems available. Here, too, we try to provide two options for you. A light and economical version is the JP landing gear we offer for quite a while now, also for many of our ARF-Plus versions of Rebel, Joker, UltraFlash and Eurosport. Another popular solution, however, would be the Electron electric gear, which Electron matched perfectly for our airframe. You'll find both gear sets under the accessory tab above. 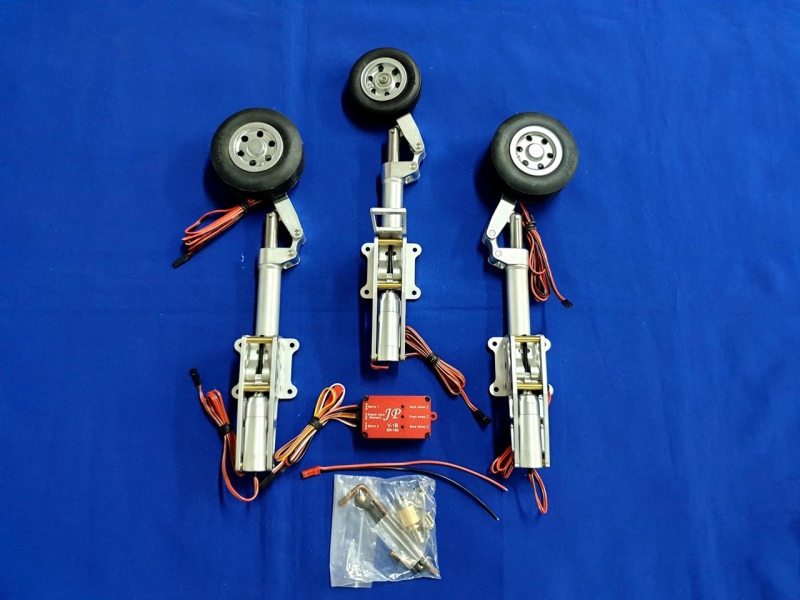 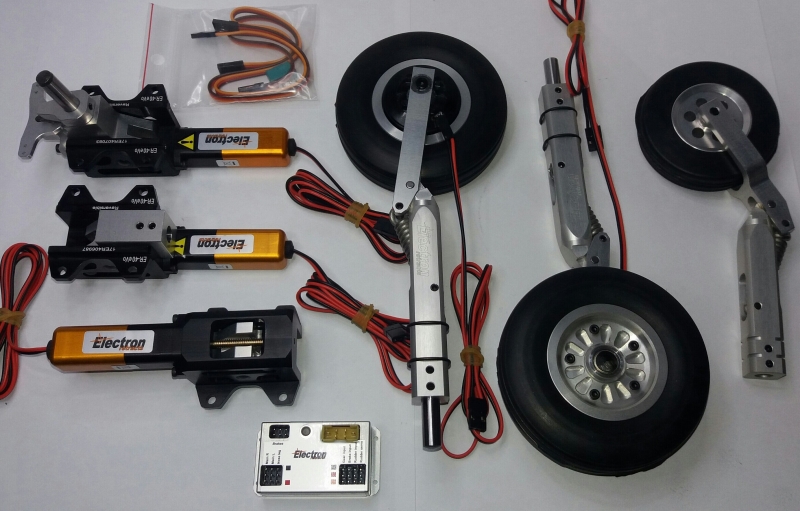 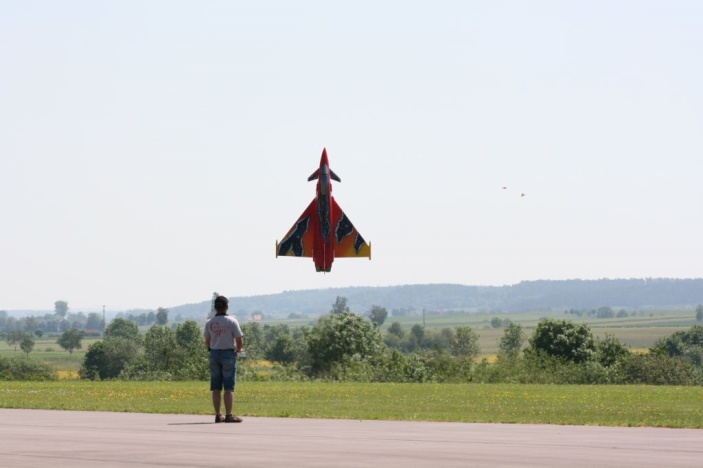 Have a blast hovering, torquing, tumbling, spinning, doing all the maneuvers your friends at the flying field thought were impossible to fly with a jet.

And with the new Eurosport ULTIMATE you also don't have to worry flying fast and tossing it around in high G maneuvers. The ULTIMATE is the strongest Eurosport ever, still extremely light and maneouverable.

The Eurosport ULTIMATE is the best of the two worlds. It is the